Iran lashes out at US, Israel over ‘hypocritical sympathy’ for Lebanon

Long-time commander of Palestine Liberation Army passes away in Damascus

In a chilling video on Friday by Boko Haram leader Abubakar Shekau called for fellow terrorists to “kill, slaughter and abduct all the infidels… and detonate bombs everywhere.”

The video proved he was alive after the Nigerian government reported that he had been fatally wounded in airstrikes against terrorist positions.

He then emphasized that the war to oust Boko Haram is just beginning after the army announced the capture of its last major stronghold in the Sambisa Forest in Nigeria’s northeast.

“You should not be telling lies to the people,” he said, referring to Nigerian President Muhammadu Buhari.

Boko Haram are aligned to ISIS, in which they made a decision to try and oust Shekau from his position.

“People should know we are still around,” he said.

“I am here, well and alive,” => Not for long, although you may end hiding in some rat hole like Joseph Kony, the infamous leader of LRA… “The battle is just beginning,” => Surely, the one to terminate you and your cockroaches. “People should know we are still around,” => For sure, exactly like Kony’s LRA : last estimation was that LRA now only has 200 riffles and they number 500 ppl, including women and children. Without any stronghold left, Shekau can run but he can’t hide. Hey Shekau, look at the sky! You don’t see them but there are… Read more »

Gambia : Jammeh resigns! At least!
The dude tried to make the country an “Islamic Republic” and refused to go after being defeated at elections! Note he had very erratic behaviour! 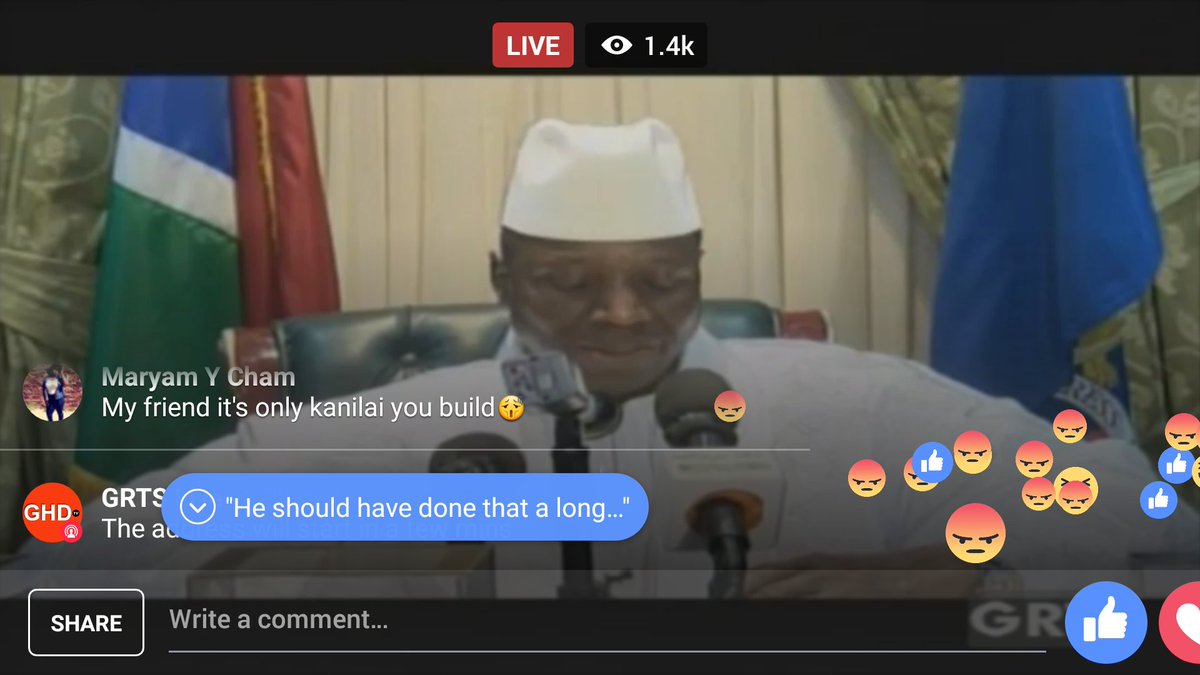 who made this video cia or israeli agencies??

Funded in the gulf, like the wahhabi preacher that brainwashed him.