Over the years, we’ve had a lot of coverage on hypersonic developments in Russia and China, mostly because their hypersonic programs are more advanced than the US. Now it appears the US could be catching up, as a new video via the US military shows a recent test of a hypersonic weapon.

The US Department of Defense (DoD) reported that it successfully launched a common hypersonic glide body (C-HGB) missile from the Pacific Missile Range Facility, Kauai, Hawaii, on March 19.

The Missile Defense Agency (MDA) monitored the launch of the hypersonic missile as it hit speeds above Mach 5. Information gathered in this launch will further the DOD’s hypersonic program, reported Defense Blog.

This test builds on the success we had with Flight Experiment 1 in October 2017, in which our C-HGB achieved sustained hypersonic glide at our target distances,” said Vice Adm. Johnny R. Wolfe, Director, Navy’s Strategic Systems Programs, which is the lead designer for the C-HGB.

“In this test we put additional stresses on the system and it was able to handle them all, due to the phenomenal expertise of our top notch team of individuals from across government, industry and academia. Today we validated our design and are now ready to move to the next phase towards fielding a hypersonic strike capability.”

“This test was a critical step in rapidly delivering operational hypersonic capabilities to our warfighters in support of the National Defense Strategy,” said US Army LTG L. Neil Thurgood, Director of Hypersonics, Directed Energy, Space and Rapid Acquisition, whose office is leading the Army’s Long Range Hypersonic Weapon program and joint C-HGB production.

“We successfully executed a mission consistent with how we can apply this capability in the future. The joint team did a tremendous job in executing this test, and we will continue to move aggressively to get prototypes to the field.”

Each missile is capable of achieving Mach 5 or higher, which is about 3,800 mph. 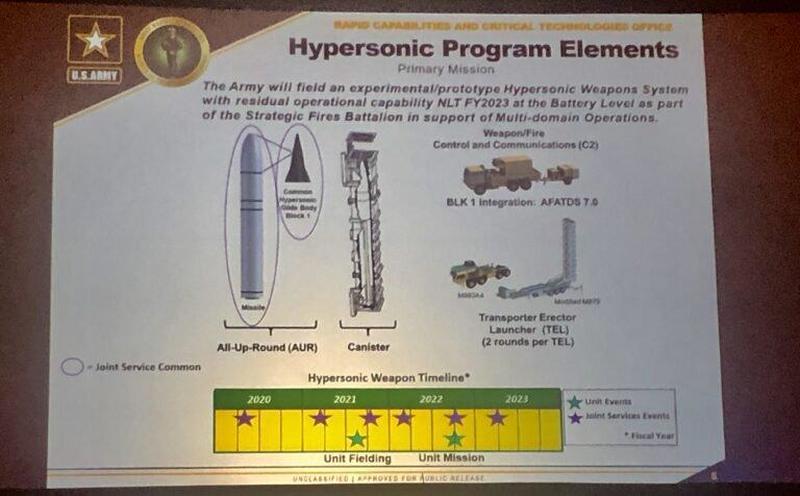 Hypersonic missiles are the DoD’s top modernization effort at the moment because it is behind the hypersonic curve.

Shown below, C-HGBs can outmaneuver the world’s most advanced missile defense shields.

As a pandemic consumes the world, the global economy crashed, and President Trump already plowed $2 trillion into military modernization efforts — WWIII with Russia and or China could be much closer than anyone thinks.

With the previous works on NASA X-51 and X-43 and DARPA stuff, USA are well advanced in hypersonics. When it comes to pandemic, cancelling the 2020 summer holidays will compensate. Many effective measures have been taken to prevent companies from folding and confinement is already effective in China as no new cases have appeared in Wuhan. Technically speaking, it looks exactly like when all companies here are closing for holidays in August. Confnement is unlikely to last more than a month as Coronavirus only needs 2 weeks in isolation. Zero Hedge likes to ‘sell’ alarmist stuff to make the readers… Read more »

Nothing but the truth. These people with their single minded children stories is amazing to think that they getting paid for this.
Check my statement above or below yours.

Just one other thing for your information.
Odumbo canceled all testing of the Hypersonic missile program in 2012.

I was going to trash this site but Daeshbags-Sux succinctly did.

ABOUT US
Al-Masdar Al-'Arabi (The Arab Source / المصدر نيوز) is dedicated to providing the latest news and analysis from the Arab world.
Contact us: [email protected]
FOLLOW US
© Copyright 2014 - 2018 Al Masdar News | المصدر نيوز - All Rights Reserved | Cloud by Epic
wpDiscuz
4
0
Would love your thoughts, please comment.x
()
x
| Reply
You are going to send email to
Move Comment
Translate into
AfrikaansAlbanianArabicArmenianAzerbaijanBasqueBelarusianBosnianBulgarianCatalanChineseCroatianCzechDanishDutchEnglishEstonianFinishFrenchGalicianGeorgianGermanGreekHaitian(Creole)HungarianIcelandicIndonesianIrishItalianJapaneseKazakhKoreanKyrgyzLatinLatvianLithuanianMacedonianMalagasyMalayMalteseMongolianNorwegianPersianPolishPortugueseRomanianRussianSerbianSlovakianSlovenianSpanishSwahiliSwedishTagalogTajikTatarThaiTurkishUkrainianUzbekVietnameseWelshYiddish